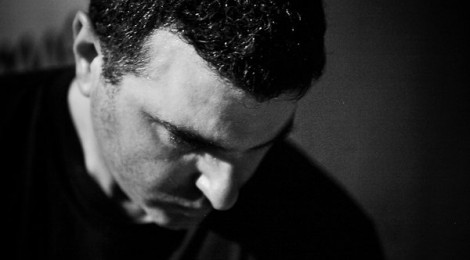 An interview with John Kameel Farah by Turath.org

johnkameel / January 6, 2013 / Comments Off on An interview with John Kameel Farah by Turath.org / BLOG

Essentially, neither. My training in Arab music is limited to listening and reading as well as attending the Arabic Music Retreat. The important influence, however, comes from having grown up with the music that my parents listened to, because that instilled it in my heart and spirit and made simply intuitive. I feel the opposite with regards to western music. That is where I have had the most training, yet I feel at times very much at odds with it, not with the music as much as with the whole way the system is set up: that improvisation has all but disappeared from western classical music, and there are less and less composers that are themselves players or improvisers, and that the main way to open doors is by entering competitions, as if you are playing a sport. I find this realm creatively stifling. I decided a while ago that I no longer considered myself a classical composer or classical pianist, and that I would use all of my wide influences to unite and just let that become whatever it would become, which would be much more rewarding to me (and, I think, the listener) than having separate lives as a pianist, composer, and improviser. In recent years I have been composing much electronic music, and splicing my own piano improvisations and affecting them through electronic filters and effects.

As a pianist, you are limited in the sense that you cannot produce the micro-tones required by the Maqamat. Do you try to play another instrument that allows that, in order to appreciate the microtones first hand?

I needed to thoroughly get the sound of the quarter-tone into my head, so as to be able to correctly hear it and compose without using an instrument later on. I was frustrated at not being able to play the micro-tones at first, and I thought of learning the qanun in order to apply my improvisation skills and come up with unorthodox melodic and contrapuntal ideas. But I realized the difficulty of transferring my skills in this fashion so, instead, I experimented with electronic keyboards tunable to play Rast, Bayyati, etc. Using these keyboards helped me compose a four-part Western/Arab hybrid-style Canon inMaqam Rast, which starts out as a strict Western-style canon, although the mode and the nuance of the melodic contours and ornamentation are definitely Arab sounding. I also composed several pieces for harp in Bayyati, Rast and Saba, by asking the harpist to re-tune all of the E’s and B’s on her harp down by fifty cents.

The most rewarding experiments were two concerts in which I had a tuner detune the same two notes on a grand piano, enabling me to improvise in several maqamat. In addition to this we added a delay unit so that it sounded like several pianos playing over the concert hall speakers.

Who are your most influential composers in Western and Arab music? Can you imagine any commonalities between them?

I have been very much influenced by the ‘minimalist’ music of Terry Riley. His music is influenced by the north-Indian raga tradition, yet he utilizes these modes and tuning systems with synthesizers to come up with something that applies western techniques as well, for a very imaginative new sound that may be western in its structure but eastern in its mindset, in the effect upon the mind that it creates. He was very sincere in his desire to learn Indian music from the source, and went to India to study vocal music for five years. This is something I would like to do one day, when I can finance the trip, perhaps to Aleppo or Cairo.

Nidaa Abou Mrad is one of my favorite Arab instrumentalists. He recently informed me of various forms of counterpoint in classical Arab music, which demonstrates another link between Arab and Western music that I had not realized existed. As a child I played copious amounts of Bach, and in later years I had revelatory discoveries with the music of Schoenberg, Messiaen and jazz musicians Bud Powell and Keih Jarrett, in addition to many experimental improvisers such as Ornette Coleman and Sun Ra. As a teenager I was into playing Rock and Pop, and in my early twenties, jazz and electronic music such as Aphex Twin and Squarepusher, and that still influences my musical thinking to to a great degree, to the point where I am experimenting with creating my own kind of techno music which uses samples of Arabic classical music and puts them over home-made beats. The problem with using samples, of course, is that you run into possible legal complications if the quoted musician objects, so I will be using more synthesizers to get around this.