He studied composition and piano performance at the University of Toronto, where he received the Glenn Gould Composition Award twice during his studies. In 1999 he had private lessons with Terry Riley in California, and later at the Arabic Music Retreat in Hartford.

Farah continues to compose for ensembles and film, but largely focuses on live solo concerts, using a setup which surrounds the piano with synthesizers, as well as processing the piano through computer filters and effects, referring occasionally to his peculiar approach as “Baroque-Mid-Eastern-Cyberpunk”.

He occasionally presents his side-project, “Music for Organ and Synthesizers”, looping and altering the pipe organ’s sound in combination with analog and digital synths in various church settings, which has attracted great interest from electronic music fans.

Collaborations have included several scores for iconic Canadian choreographer Peggy Baker, and rising ballet star Robert Binet. He has also worked with astrophysicist John Dubinski, composing soundtracks to animations of galaxy formations and collisions in a project called “Gravitas”. In 2010 he became a member of the Canadian Electronic Ensemble, the oldest continuously active live-electronic performing group in the world. In Berlin, he frequently works with the Oriel String Quartet and the early vocal ensemble Vox Nostra. In 2016 he received a Dora Mavor Moore Award for sound design/composition for his work with Peggy Baker Dance Projects.

Farah has casually described his musical approach as “maximalist” in reference to the myriad of styles he draws upon in his overall musical approach. Also a visual artist, Farah creates intricate and detailed ink line-drawings. which draw inspiration from astronomy, history, mythology and sound waves. He has presented his artwork at solo and group exhibitions, and sometimes features live projections of them during concerts.

Farah is based between his native Toronto, and Berlin, Germany. He has toured across Europe, the U.K and North America, as well as South Korea, Brazil, Mexico, and Israel/Palestine. He has given concert-lectures at several universities in both Canada and Germany and has performed his work in some of Europe’s most prestigious venues, such as Berlin’s Volksbühne and Haus der Kulturen der Welt, the Kölner Philharmonie, Sadler’s Wells in London and the Elbphilharmonie in Hamburg.

In 2022/2023 John is doing a composition residency with the National Arts Centre Orchestra in Ottawa, Canada, writing a new work for piano, orchestra and electronics. 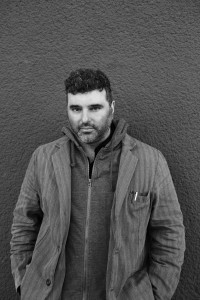 “Behind a stage set up that can include piano, Baroque harpsichords, various synthesizers, and laptop computers, John Kameel Farah cuts an impressive and unforgettable figure in solo performance. As such diverse instrumentation readily suggests, Farah is interested in working in a wide open creative field through which he can combine, juxtapose, and transform the musics that interest him most: Early and Baroque keyboard music, ambient minimalism, Middle-Eastern music, Electronic Dance Music, and electroacoustics.

“In performance, Farah ranges all over his instruments while setting up textures and countertextures, moving deftly from acoustic to electronic episodes, and testing and deploying his materials with a mixture of scientific care and wild abandon. Improvisation is a key working method, both at his various keyboards and in the execution of electronic beats and processes that are equally at the core of his approach.

“Frenetic and contemplative in turn, Farah’s music is underpinned by a deep emotional and spiritual reservoir which, when framed through his exceptional musicality and virtuosic instrumental command, packs his highly original solo music with considerable and undeniable clout.”
-Guelph Jazz Festival

“…a force connected to the living, breathing, cutting edge of music.
It’s a crazy mix. But it has the power to mesmerize even listeners who have no idea about the complex theories behind how these sound waves came to be.”
-Toronto Star

“I like very much the dynamic energy and imagination found in the work of composer/performer John Kameel Farah.”
-Terry Riley