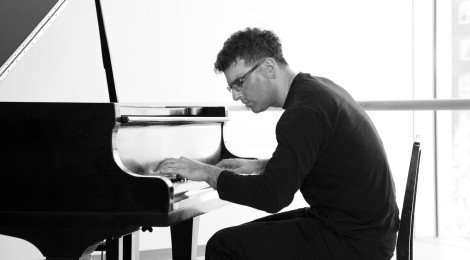 The Atonal Maqam is a certain style of improvisation I’ve developed over the years. I love it because it feels like coaxing the piano into a vibrating, glowing hum, or at least that’s how I hear it. The gist of it is: the left hand creates a drone by strumming any combination of notes, while the right hand softly weaves an ornamental fabric above it, slowly uncovering a harmonic, chordal structure, often a long, symmetrical scale which winds its way up the piano’s upper registers. I think of it as an archaeologist dusting off sand, to slowly unveil an artefact from the earth, or sometimes it also can sound a bit like birdcall.

This improvisation was recorded from a concert at Musideum in Toronto. That day I decided to make an introductory explanation of the process to the audience, so I kept that on the recording for you to hear. The actual music starts at 3:30.